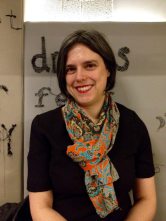 I co-founded Monkfish because I wanted to create opportunities where artists from a variety of disciplines could collaborate and make new work, and in doing so generate audiences for this approach.  As a practising artist myself, I was frustrated in 2007 by the lack of opportunities in the North East of England to do that.  So with the support of many great people, I set the ball rolling.  I have over 20 years of professional experience in arts and cultural management. 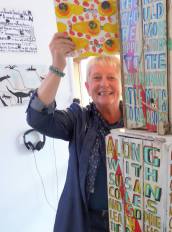 I am a visual arts and creativity adviser and consultant, an artist, creative coach and active advocate for visual arts in education. A past president of NSEAD and a world councillor for INSEA, I am also secretary to the All Party Parliamentary Group on Art, Craft and Design in Education. 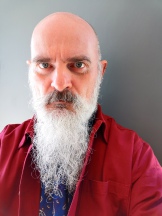 John Bowers is an artist-researcher with an academic background in the social and computing sciences, design, music and critical theory. As an improvising musician, he works with modular synthesisers, home-brew electronics, reconstructions of antique image and sound-making devices, self-made software, field recordings, esoteric sensor systems, and spoken text. He often combines performance with walking and the investigation of selected sites to research an imagined discipline he calls ‘mythogeosonics’. He has performed at festivals including the collateral programme of the Venice Biennale, Transmediale/CTM Vorspiel Berlin, Piksel Bergen, Electropixel Nantes, BEAM London, Aldeburgh Festival and Spill Ipswich, and toured with the Rambert Dance Company performing David Tudor’s music to Merce Cunningham’s Rainforest. He contributed to the design of The Prayer Companion - a piece exhibited twice at the Museum Of Modern Art (MoMA), New York, and acquired for their permanent collection. Amongst many musical collaborations, he works with Sten-Olof Hellström, Tim Shaw, Kerry Hagan, Paul Stapleton and in the noise drone band Tonesucker. He helps coordinate the label Onoma Research and works in Culture Lab and Fine Art, Newcastle University. 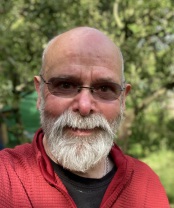 As a former Director, Simon has had a long association with Monkfish both as performer and producer. Having spent the last 5 years, building up the Josephine and Jack Project (working with adults and young people with learning disabilities) where he is now Chief Executive, he is happy to offer his expertise to Monkfish as a Trustee, particularly in the areas of small charity development, structures and compliance.  Before hanging up his suit to join  Josephine and Jack on their adventures, he worked as a senior manager for the Learning and Skills Development Agency and as a Director of international consultancy company Ecorys. 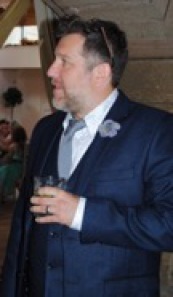 I am a Professor of Psychobiology registered with the Health & Care Professions Council (HCPC) and a Health Psychologist. I am a specialist in the psychobiological causes and consequences of stress. A lot of my research concerns exploring the psychobiological pathways through which psychological (e.g., stress) and behavioural (e.g., illicit drug use, lifestyle) can lead to deleterious effects on aspects of health, well-being and performance.  In other words, how stress gets inside the body and why it has different effects on different people.  I have been working with Monkfish Productions in developing #PsyFeedback: a new psychobiological response to live performance.

Registered with the Good Practice Charter